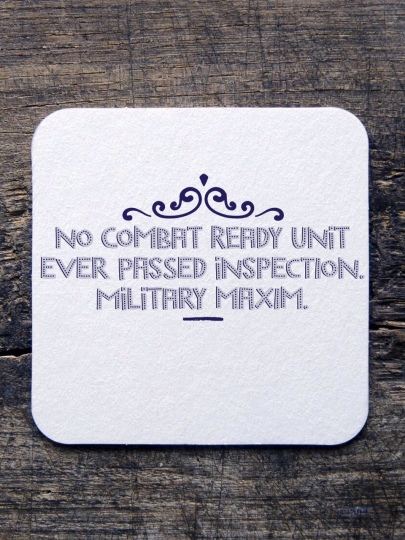 We’re in the (rather tense & turbulent) process of moving to Panama. For those familiar with our blog, no surprise. For newcomers to the MEBEinPanama site, welcome aboard, and buckle your seat belt, it could get bumpy. Mariah and I knew there’d be jolts along the way, we just didn’t realize some of those would be of our own making. As with any grand adventure–military, commercial, marital– there are details overlooked, necessities ignored, logistical weaknesses bubbling to the surface. In any undertaking with so many moving parts there are always going to be glitches. The Space Shuttle had a million parts, so it always flew with known deficiencies. Some of those in our move have arisen from a kind of frenzy-induced temporary dementia on my part, and for Mariah the need to keep a close eye on me so I don’t wander off into traffic and injure myself. It’s always good to remember which end of the toothbrush to use, and to put on one’s socks first, then the shoes. Relax, I’m fine. Better than fine. Or at least Mariah tells me I am, and I trust her. She is a nurse, after all, and a darned fine one, lucky for me. (For another perspective on this, read John & Susan’s post on Latitude Adjustment) 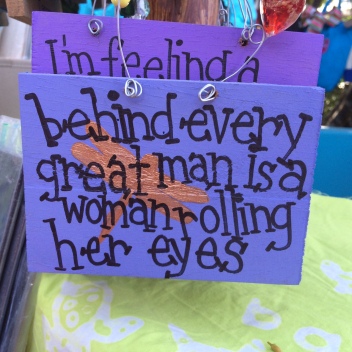 Mariah keeps an eye on me

All right, troops, let’s brief for the assault on Panama. In order to simplify, I’ll use a few military adages, which is appropriate, considering the scope of the venture: Here are truisms I heard during my time in the Army.

1- No combat ready unit ever passed inspection. Just so, one of the hardest parts of a permanent move to a foreign country is knowing just what to take and what to leave behind. In a previous post I mentioned our shedding, disposing, gifting, donating spree and how we’d prioritized that. Now we’re down to bare walls, (a realtor’s dream, by the way), so we’re eating out a lot, partly because we don’t want to fill the fridge with food, partly because we gave our pots and pans away and partly because we have to show the condo to potential buyers at the buzz of the cell phone, so we keep it squeaky clean. It’s a lot like living in someone else’s house, quite frankly, and we don’t like it very much. Here’s Holly Carter on the subject in Let The Adventure Begin.

2- Two items that must be together to work properly will be shipped separately. So there is the need to keep parts arranged just so, in order to reconstruct them at the destination. The shedding, trashing, disposing and gifting of stuff has been addressed in previous posts. I won’t revisit the undertaking,  but for the ‘parts’ we’ve retained, we’re busy hoping they survive the trek, and that they function properly on arrival in Boquete. An addendum: Interchangeable parts – aren’t.

3-The only thing more accurate than enemy fire is friendly fire. This is the self-induced part. Whoever said humans are good at multi-tasking is an imbecile who was at the time he said that attempting to walk and chew Wrigley’s Spearmint while tripping on his shoelaces. Now, I’m a reasonably smart guy. I flew helicopters for a living, and managed to stay alive doing that for forty years. I even have a book about it. Flying helicopters for that long is not strictly related to smarts, of course. The case could be made that flying helicopters at all is proof otherwise. Indeed, an old and relevant aviation question is this: If helicopters are so safe, how come there are no vintage helicopter fly-ins? Nonetheless, the FAA doesn’t allow complete klutz-ohs to take aircraft into the air. But lay a set of must-do-to move-to-Panama tasks at my feet and I can crash and burn like a stunt pilot. Here’s an example: The Apostille folks in DC received our application okay, but the credit card authorization departed in the U.S. mail completely unsigned. Signature required for a CC purchase? When did that start? As Homer Simpson says, DOH! Here’s another example, along with a warning to those contemplating a move similar to ours. Despite our burning, examining, shredding and coveting of vital documents, some ass-hat hacker got hold of a bank statement. Twice in ten days our on-line account was automatically locked due to this creep’s (unsuccessful) attempts to key in a password. Nice try, ass-hat! Get a life. (another note to those considering this move: be careful during real estate showings, they offer a lot of exposure: Hide documents, clean out drug cabinets, unplug computers and don’t leave jewelry and cash around. One place people never look is the freezer. We put stuff in there in case of a fire, but it’s a great hiding place, too.)

4-If it’s stupid but it works–it isn’t stupid. Some of the things we’ve had to do to move to Panama seem pretty outlandish. Documents must be not just notarized but ‘Apostilled,’ whatever the freak that means; we’ve had to create an account with a large, international $$$ firm to access our cash from Boquete & know it’s safe (see note above re: ass-hat); we had to acquire a Miami address in order to ship letters, magazines, important documents, Amazon purchases and the like, since Panama seems (quaintly) averse to the whole street address thing. It’s all good. Mail boxes are overrated.

5-When the pin is pulled, Mr. Grenade is not your friend. At some point, regardless of our level of readiness, we’ll have to pull the trigger, stuff the bags, make airline reservations and boogy on down to Boquete. (See note 1) Once we’re committed, here’s hoping we’ve not forgotten anything crucial–all the Spanish we once knew, passports, passwords, the perilous toothbrush, socks (for both feet.) Giving up the illusion that we’ll be ready to go is helpful. We will not be. Forget it. You move with the plan you have, to quote Donald Rumsfeld, the revered mastermind of our spectacular success in Iraq. Here’a partial list of things left to do:

A) FPCA info for absentee voting.

B) ‘Last time’ items: Not morbid, just a nod to the sentimental side of this departure: Visit certain folks, go to favorite restaurants like Northstar, Fusian, Late-Nite-Slice, White Castle (don’t tell Mariah about this one), and of course ice cream at Jeni’s Splendid–world’s best, far and away. Loooove me some salty caramel, yum! Plus, we gotta get down to the old ball yard and watch our Triple-A Columbus Clippers play one more time. 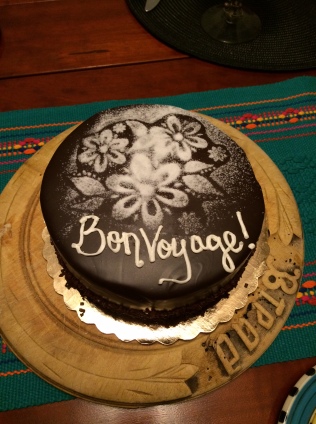 Back to the assault:

6- To ensure perfect aim, shoot first and call whatever you hit the target. Best advice I ever got from the DI on the target range at Fort Polk in 1969. I’ll give credit here to a few of my Panamanian amigos who’ve perfected the art of passive acceptance. Take what life tosses at you, and call it roses. The looming disaster is only one if we make it one, so chill…

7-Anything you do can get you killed, including nothing. A variation is needed here: Anything that can get you befuddled will…including nothing. The lesson? Do something, even if it’s the wrong thing. We learned this while trying to speak Spanish. If we’d kept our Gringo mouths shut and locked up like a duct tape demonstration we’d have gotten blank looks. Instead, we tried, mumbled, gargled, spewed broken Espanol/Spanglish like a babbling infant, and…got all kinds of help. Cool. 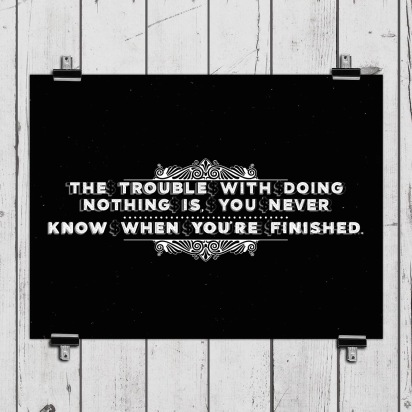 Do something, even if it’s wrong…

So the adventure progresses. The condo is being marketed, the material goods are nearly packed and the military style assault on Boquete Panama looms. Here’s one last bit of harshly-acquired wisdom from my aviation days: The strength of the turbulence is directly proportional to the temperature of your coffee. It is what it is. Do what you can, learn the challenges, know your limits and get on with it.

4 thoughts on “Assault on Panama:”

Rosie's recollections growing up in rural Iowa at age 90

Rosie's recollections growing up in rural Iowa at age 90